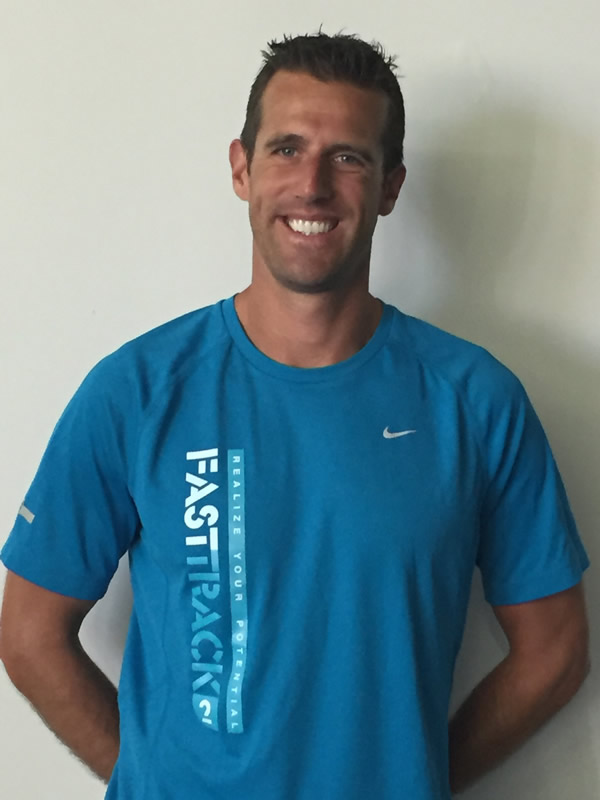 Simon DavisFounder, Owner & Certified Personal Trainer
From Simon: “I love being a personal trainer. seeing the transformations in clients, watching their confidence grow and their lifestyle become so much better is so rewarding.”

Simon Davis is the founder of FastTrack2. Born in England, Simon has played football (or “soccer,” as it’s called here) from the age of 4. At the age of 17, Simon went on to play semi-professional soccer for 18 months before leaving England on a 6 month around-the-world trip.

It was on this trip that Simon met his wife, Kat, in America, and a year later moved to the Greater Columbus area to continue the relationship. During this time, he started working as a personal trainer at Columbus Fitness Consultants. But after 5 years, his client base was too large for the company.

He went on to provide personal training in Powell, Westerville, and Lewis Center, but his combination of large client base and unique training style meant he needed to find a place that would offer him better freedom and a greater opportunity to serve his client’s needs.

It was then that he found an 11,000 square foot building and broke it up into 4 zones:

This became FastTrack2, and it has since grown to be one of the most popular gyms in Lewis Center, OH. 4 years later, Simon continues to be an active personal trainer. He lives with his wife and two beautiful daughters in the area.

Contact FastTrack2 online or call us at (614) 638-2942 today to learn more about our personal training programs.
Learn More
Sign up for a FREE consultation today and receive 2 FREE training sessions.Learn more
+ +